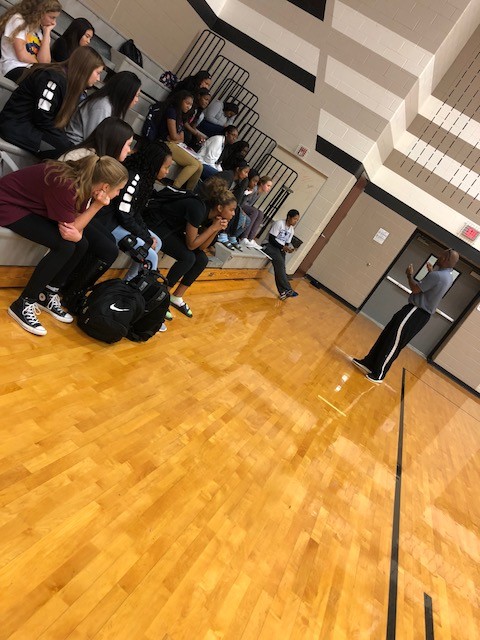 On November 30, 2017, Erick Strickland came to fire up the Lady Hawks to prepare them for the district fight. His conversation began with his story of how he made it to the NBA. Even though he was a hard working player at the University of Nebraska, there were people who doubted him. Told him that he would never make it to the NBA. However, he proved them wrong!!

His story is what the Lady Hawks battle everyday, the negative voices from the past are haunting them. But with our new attitude and motto, COMMITMENT. EFFORT. RESULTS. we are ready to change it!!